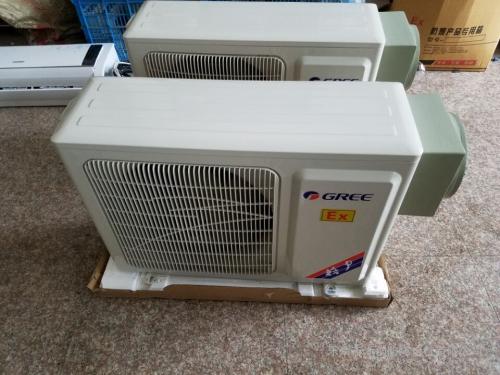 The four major failures that usually occur in explosion-proof air conditioners are:

1. The refrigeration system is blocked:

It often occurs at the capillary and drying filter, because these two places are in the system. In narrow places, there are three common causes of plugging: dirty plugs, ice plugs, and welding plugs.

A. Dirty blockage generally occurs at the inlet of the capillary tube. It is due to the dirt in the system (such as welding slag, rust scale, oxide scale, etc.) blocking the pipeline. Gently tapping the capillary tube during inspection may temporarily return to normal. In addition, the location and nature of the blockage can be judged from the condensation and frost on the surface of the pipes and components, and the pressure recovery speed time during shutdown.

C. Welding plugs generally occur at the welding place of capillaries. The phenomenon is similar to dirty plugging and ice plugging, and most of them occur on new installations.

The carrier of air-conditioning cooling and heating is refrigerant. If there is a leak in the system, the refrigerant leaks, or the air-conditioning has poor or no refrigeration at all, and the places where the air-conditioning leaks are mainly concentrated in the welding heads, capillary welding points, and compression of the two devices. The machine's suction and exhaust pipe, bell mouth, copper and sodium cracks, connecting pipes, etc., should be visually inspected before the inspection, focusing on the joints of the connecting pipes, generally there are oil traces at the leak. 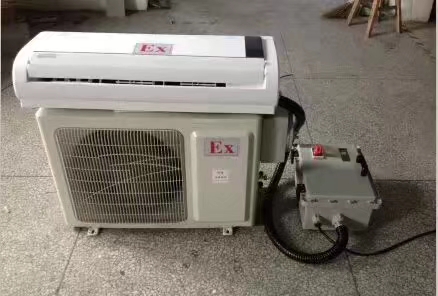 A. The condition of the water flowing in the air conditioner. Generally, the continuous drip air conditioner inside the machine is normal, but it can only be used as a reference value due to the influence of ambient humidity and temperature.

I briefly share with you the four major faults that are prone to occur during the operation of explosion-proof air conditioners. I hope everyone can pay attention to it. When you find a problem, you must find a solution in time. The premise is to check and troubleshoot according to the standard operation. For more information, please pay more attention to Shaanxi explosion-proof fan air-conditioning installation.

The above content is compiled from the Internet. If there is any infringement, please contact to delete it.